Who We Are Provinces Board

The first CTA Championships were held at the original Calgary Gun Club in 1956 and the following year the tournament was held in Harrow, Ontario. Over the years, the CTA has hosted some of the best local and visiting shooters from across North America, including many who have been named to provincial and the ATA Trapshooting Hall of Fames.

The CTA is made up of a volunteer board of directors from across Canada who represent trap organizations in their own regions. The board is selected through a general membership vote based on the candidates' qualifications and contributions to the sport. Please join us at our next general meeting, held annually during the Canadian Trapshooting Championships. 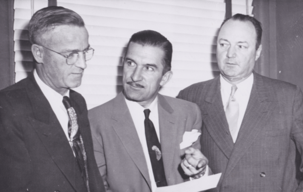